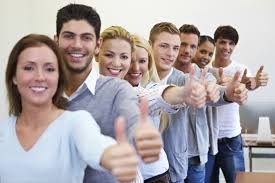 Each year, many companiesâ€”large and smallâ€”offer summer internships. The interns are frequently college students between academic years, and they may be unpaid. Recently, such arrangements have come under fire from those contending interns should be put on the payroll.
The advantages of unpaid internships are clear: Companies probably have relatively low financial obligations for the services of their interns. Especially in the summer, when many employees are on vacation, it may be helpful to have extra individuals around. If interns make a favorable impression, they might provide employers with a stream of productive, paid employees in the future.

Alternatively, various advocates assert that interns are truly employees, who should be paid for the work they do. The federal Department of Labor (DOL) apparently takes this view, at least in many circumstances. The DOL has published a six-part test, all parts of which must be met, in order for a for profit firm to justify not paying interns. The key point is that an internship must be training that benefits the intern, without any current benefit to the employer. Failing to pass the six-point test, an employer must compensate interns according to the law for the services performed, by this standard.

Not everyone accepts the DOLâ€™s view. Last year, in Glatt et al. v. Fox Searchlight Pictures et al. (7/2/15), the U.S. Court of Appeals for the Second Circuit vacated a district courtâ€™s ruling in favor of former interns who sought after-the fact compensation. The appeals court said of the DOLâ€™s six-part test, â€ś[w]e do not find it persuasive, and will not defer to it.â€ť Instead, the Second Circuit stated that the question of required pay revolves around which party was the primary beneficiary of the arrangement, and sent the case back to the district court. Given this background, how should business owners proceed if they offer or are thinking about offering internships? An astute first step is to consult an attorney. Get an opinion about the status of local law and legal advice about how to structure your internship program. In any case, business owners should carefully consider whether they want to offer unpaid internships. How much will you truly save by not paying interns? Do those savings outweigh the potential future recruiting benefits of paying your interns and the reduced exposure to future legal challenges? Both sides may have valid points, but you should take a clear view of the issue before making decisions.